Do you watch The Voice? If so, great. If not, no worries. I usually don’t watch either, but this season, I’m catching every episode. And, here’s why:

Delvin and I are both from South Carolina. We actually grew up a few streets away from one another. I am a few years older than him so while he and I don’t run in the same circles, he and my little sister went to high school together and were good friends from what I recall. And, our parents and grandparents definitely know one another, as the town we were raised in is one of those towns where everybody knows everybody. So, you can imagine how exciting it is to see him on The Voice…not only for me, but for my family, and the majority of my Facebook friends.

I live on Guam and the show airs several hours later here than it does in South Carolina. I try not to look at everyone’s Facebook status so that I can watch the show without knowing whether he made it through to the next round or not, but that has proven impossible. But, even though I know the results beforehand, I still watch so that I can see his practice times with his coach, Adam Levine of Maroon 5, how he and his partner choose the song for the battle, his commentary, etc.

Delvin’s presence on The Voice is so much bigger than him. And, there are lessons that we all can take away from Delvin’s story.

1. When it comes to purpose, God is #TeamNatural.

2. Don’t settle for good when you can be the best.

If he’s hitting high notes fresh out of the womb, he was probably a better singer at 6 months old than most of us are now. Yet and still, he decided to pursue four years of classical voice training, enter various talent shows, and even audition for various plays at the Greenville Little Theater, the Fountain Inn Repertory Experience (F.I.R.E.), and South Carolina’s Children’s Theater.

Don’t take your talent for granted. Hone your skills. Seek out mentors. Let people know you’re looking for opportunities to perfect your craft. Invest in your dream.

Delvin’s hair and clothes are always on another level! 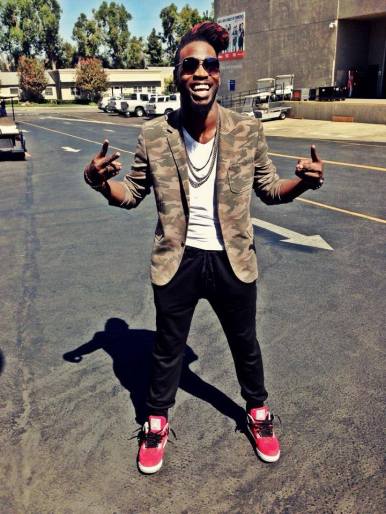 Have you met the lobster?

It’s that roll of hair on the top of his head.

Life Coach, Tony Gaskins, Jr., says, “Would you expect a diamond to be packaged in a brown bag or a Tiffany’s box? Exactly! So don’t package yourself in a brown bag.” Image is what people see first. And, whether we like it or not, we’re judged on our appearance. I don’t know what to attribute Delvin’s personal style to, but I do know that his style turns heads which makes him martketable.

Delvin auditioned for The Voice last season and made it to the judges, but didn’t get any chairs to turn. Did he hide away in shame? No! He broadcast that he was going to be on the show (even though he knew he wasn’t chosen), ever increasing his fan base. Smart guy. Then, he took the critique of the judges and came back this season stronger than ever! 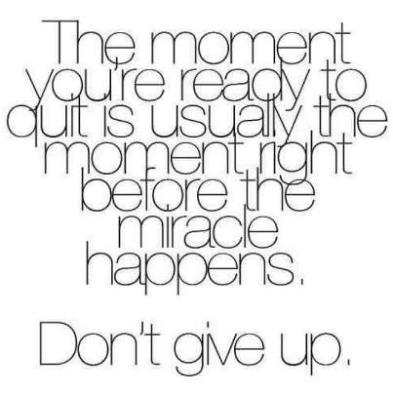 This is the caption above Delvin’s blog. Delvin will never know the lives he’s touched. When people see you go after your dreams, it gives them permission to go after theirs. It awakens the hope that if Delvin did it, then maybe I can do it, too. I know at least 5 people who are motivated with every new status update on Delvin’s Facebook page. Someone just like me is going after his dreams on live television! What am I waiting for?

5. The world is waiting for your debut!

I don’t know if Delvin knew he had so many fans, but with almost 12,000 likes on his Facebook page, he should know now! Your experience, your overcoming, your talent is a blessing to others. But, the people who you will bless will never find you if you remain hidden.

“No one takes a light and puts it under a bowl or hides it. Instead, they put it on a lampstand so that the people who come in can see.” (Luke 11:33, ERV)

Delvin put his light on a lampstand a long time ago. And, now it’s shining for all the world to see.

6. Don’t forget where you came from…

Tonight Delvin sung for his grandma. Awwwww! He also shout out South Carolina hair stylist, Shunnola Brooks, for creating the lobster. But, best of all, he shouts out the one who gave him the voice, Jesus Christ. Delvin’s slogan is:

I love what I do..Who I do it for….But most of all, I love the one who created me to do it.

Proclaiming the name of the Lord for all the world to hear….

God’s watching, Delvin. He’s super proud of you. And, so am I!

What about Delvin’s story resonates with you?

For those of you who have never met Delvin Choice, allow me to introduce him!

{VIDEO} The Song That Got All 4 Chairs To Turn

See what everyone’s saying about #TeamLobster!

Congrats to Delvin Choice for making it through another battle round last night! #TeamLobster… http://t.co/J1chdewfcB

Congrats @drchoice! We were rooting for you and celebrating with you last night! #teamlobster

11 thoughts on “6 Lessons We Can Learn from #TeamLobster {Woman, Eat!}”

Are You Lovin’ Woman, Live!?